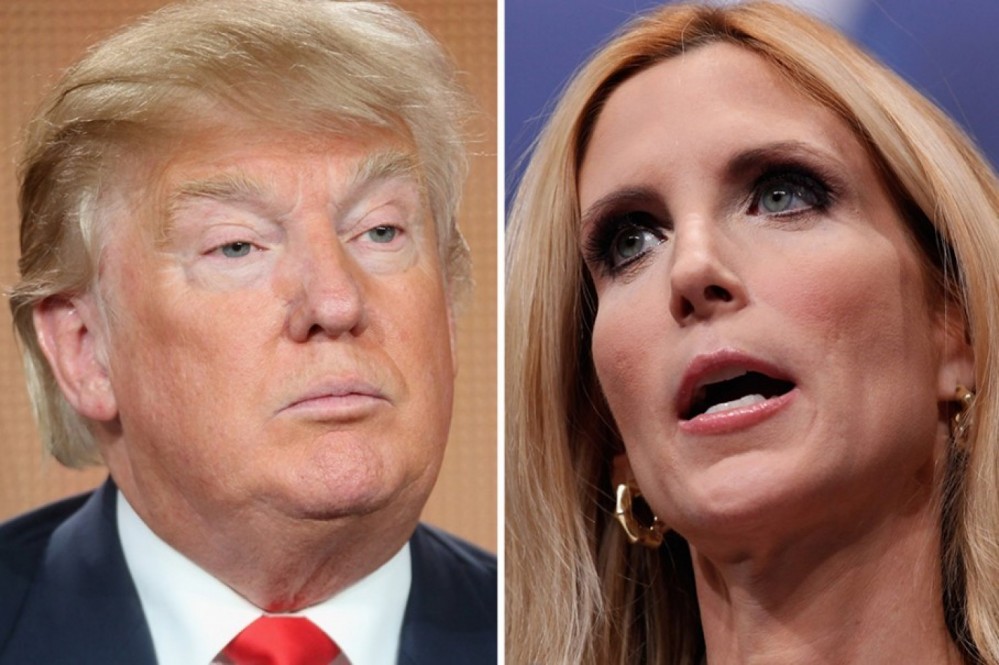 We’re all familiar with the term “Freudian slip.” It’s defined as “an unintentional error regarded as revealing subconscious feelings.” And the always hateful Ann Coulter just made one hell of a Freudian slip during an interview.

Coulter was appearing on “The Eric Metaxas Show” last week when she became so enraptured while discussing the 2016 election and her own importance that she compared herself to Jesus Christ:

“Yeah, I’m ‘divisive’ because I say things I believe, generally. So does Jesus.”

Then Coulter began extolling the virtues of her favorite presidential candidate, Donald Trump:

“We are talking about the future of not only of America but of the last genuinely Christian country on earth and thus the world. If we lose America, it is lights out for the entire world for a thousand years.

“It is like the fall of Rome but, thank God, and I am not using the Lord’s name in vain, I mean that absolutely literally, thank God for raising up Donald Trump and giving us a chance to save the country.

“Unless Donald Trump is elected, we’re never going to have another Republican president.”

Never have another Republican president? Now that’s something to pray for if you’re a believer!

But perhaps best of all, if Trump doesn’t win in November, Coulter said she will “stop wasting my time with politics,” and she also noted:

“What is the point of talking about abortion or anything else unless you get Donald Trump in to build the wall, deport illegals, end this ‘anchor baby’ nonsense, stop importing 100,000 Muslims a year, in addition to two million Third Worlders per year.”

Just think about it: We can be done with Donald Trump, never have to listen to Ann Coulter, and also never have to worry about a Republican in the White House ever again! I think we can all give that a hearty hallelujah.