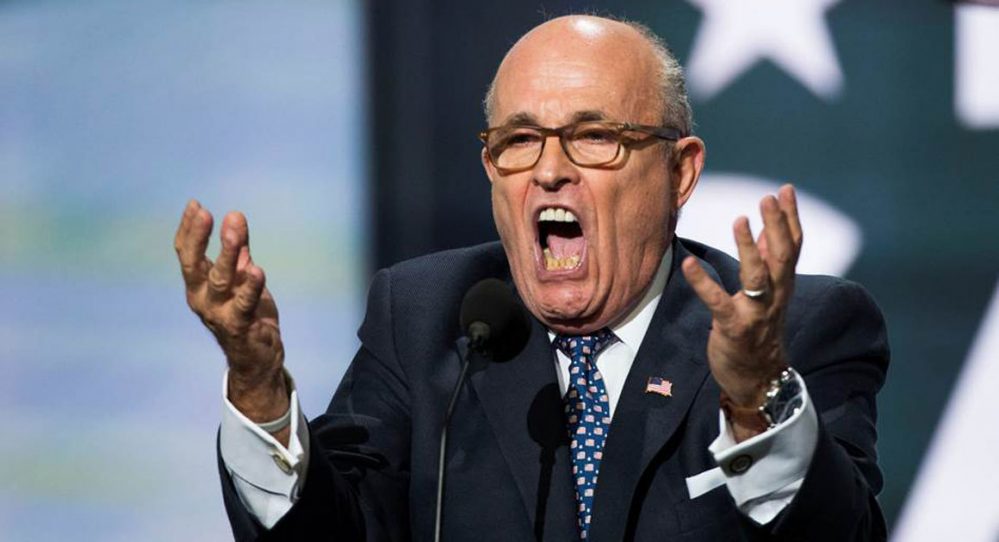 Here lately, Rudy Giuliani has been trying very hard to become the biggest windbag and nutjob since Donald Trump entered the race for the White House. When he isn’t claiming Hillary Clinton has a mysterious illness, he shows up on cable news and gets names and dates mixed up as he talks. The guy is losing it, and he’s losing it at a rate that makes you dizzy to watch.

Speaking to an event sponsored by the ultra conservative Family Research Council (think Nazis with Bibles in their hands), the former New York mayor blamed President Obama for killing too many terrorists. Yes, you read that right! Giuliani told Tony Perkins:

“Rather than capturing people because Obama didn’t want to fill up Guantanamo, he used drones to kill them,I also can’t figure out for the life of me what’s more humane — waterboarding or killing somebody with a drone. At least if you’re going to waterboard me, I get a choice: I can tell you the information, I can talk my way out of it.”

Yeah, because waterboarding is such a pleasant experience, isn’t it, Rudy? How about we subject you to several hours of it right now and see if we can shock you back to relevancy and sanity?

Giuliani’s sugar daddy, Donald Trump, has said he would use waterboarding and “a hell of a lot worse” things if he’s President, because that’s what pretend tough guys like Trump and Giuliani do: They try to impress people with their bluster, but the bluster is merely a cover for the sniveling worms they are deep inside. I’m betting if you threatened Rudy with waterboarding, he’d piss himself and begin begging you to reconsider. He’d probably even kiss your feet or anything else you placed before his face.

This is the modern Republican Party: A bunch of wannabe hardasses who are nothing but pathetic wimps underneath their skin. They should disgust all of us, and they are yet another reason Trump must lose come November 8.