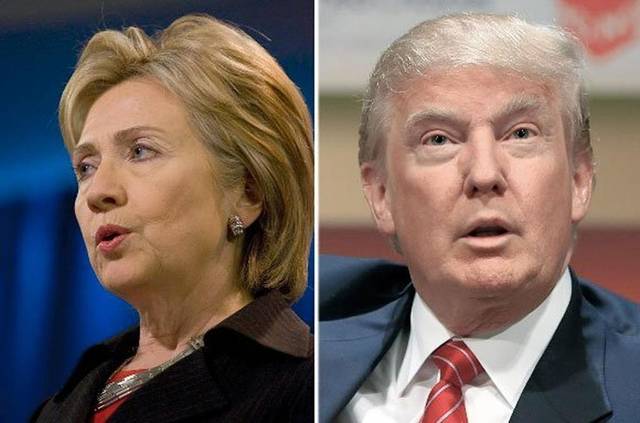 In recent days, we’ve all been hearing that the 2016 Presidential race is getting closer. If you look at the generic horse race numbers, that’s true, but a Presidential election isn’t a national election. Instead, it is 50 individual state elections, and the winner is decided by votes in the Electoral College, not the popular vote. It is technically possible to lose the popular vote and still win the election.

A new poll–the largest and most extensive ever conducted by the Washington Post–shows that the electoral map has been totally shaken up, with Democrat Hillary Clinton leading in states Democrats once considered impossible to win. In Texas, Clinton is up by one point on Donald Trump. Take a look at this map:

Notice the blue and purple coloring on what used to be solidly Republican states such as Arizona, Georgia, Mississippi, and Texas. Mississippi and Texas! Should these wind up going for Clinton–and Presidential elections are winner take all–Trump could wind up losing by a margin similar to the suffered by Barry Goldwater in 1964.

Here’s another chart that tells the story of this election. It shows us that Clinton is winning by as much as 90 percent among Democrats in 32 states. Trump is only winning 90 percent of the Republican vote in 13 states. Clearly, Clinton has secured her base much better than Trump. Even Republicans are unsure of Trump:

The demographic breakdowns also prove that in Presidential elections, demographics are indeed destiny. Clinton leads among these groups: African-Americans, Hispanics, women, and younger voters. She also wins among college educated white men and women. College educated men went big for Romney in 2012, but they are running away from Trump and his rhetoric as fast as they can.

So then next time you see a horse race poll and some commentator tells you that the race is tightening, remember this: Those numbers are not what lead to victory. The ones in each state are, and they show a massive landslide for Clinton. Does this mean liberals and progressives can become complacent? No. We all have to cast our ballots on November 8 to guarantee a brighter American future.