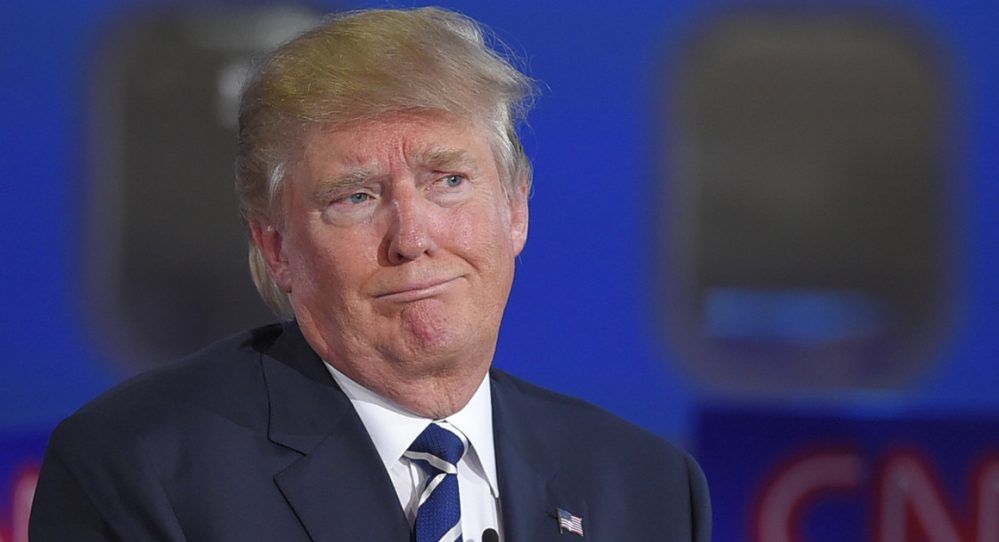 Donald Trump, the presumptive GOP nominee, burst onto the national political scene a year ago by announcing that most Mexican immigrants were rapists, murderers, and drug dealers. Here, see for yourself:

The solution, Trump proclaimed, was to build a giant wall on the United States-Mexico border. For a year now, he’s been telling anyone who will listen that he’s gonna build that wall and even make Mexico pay for it. That’s a ludicrous proposition, but there’s no point in belaboring the point because arguing with Trump of one of his mindless acolytes is akin to arguing with rock.

And yet, just yesterday, Trump said he thinks President Obama has deported too many people from the United States, telling Bloomberg:

“President Obama has mass deported vast numbers of people — the most ever, and it’s never reported. I think people are going to find that I have not only the best policies, but I will have the biggest heart of anybody.”

That, of course, is yet another of Trump’s million and one lies, because he has no heart at all. Never has and never will. So there must be something else behind this monumental flip-flop on Trump’s part.

Might this be a craven attempt to reach out to supporters of Bernie Sanders? Or it is just another attempt to try and criticize the President–and by extension Hillary Clinton–for political purposes?

It would be encouraging to think that Trump’s most devoted disciples would see this statement from their demigod and walk away from him in disgust. But that won’t happen, because a functioning brain is required if one hopes to achieve such a realization. And 99.9 percent of Trump’s supporters have limited intelligence.

So let it be known that the centerpiece of the Donald Trump for President campaign appears to have been a gigantic form of deceit. But not to worry, Trumpies: Wait five minutes and your beloved asshat will change his mind yet again.