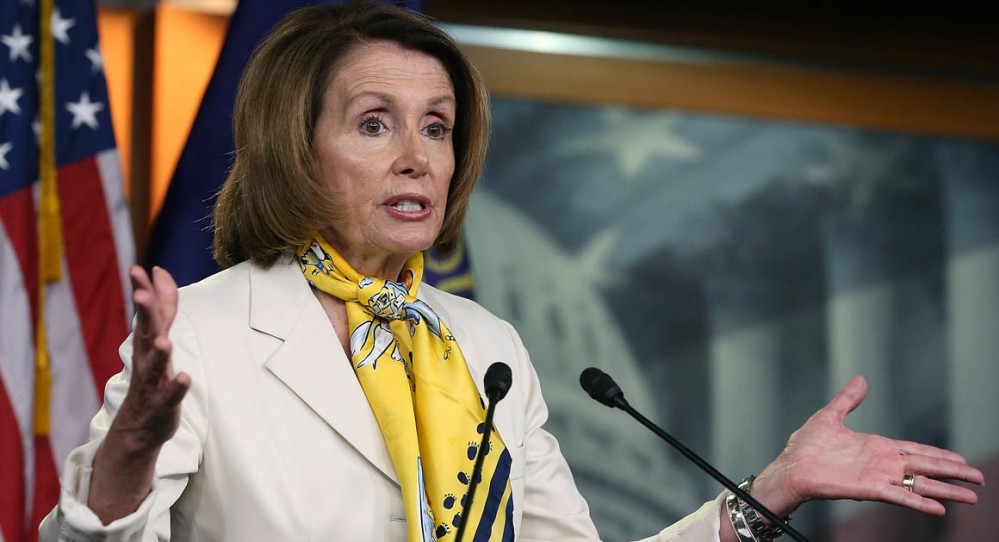 Yesterday during a press conference, a reporter from CNS News, which calls itself the Christian News Service, thought he would try to give the third degree to House Minority Leader Nancy Pelosi. And he quickly got the slapdown of his life.

“Is an unborn baby with a human heart and a human liver a human being?”

Keep in mind that Nancy Pelosi is the mother of five children, and yet this not-so-bright jackass is asking her questions about unborn babies. Pelosi told Dorman that she was not taking “ideological” questions about the issue.

Dorman, however, continued to interrupt and talk over the other reporters in the room, which led Pelosi to finally lay the verbal wood to him with this perfectly worded remark:

“Listen, I’m going to say something to you. I don’t know who you are and you are welcome to be here in freedom of this press. I am a devout, practicing Catholic. I’m a mother of five children. When my baby was born, my fifth child, my oldest was six. I think I know more about this subject than you, with all due respect. I do not intend to respond to your questions, which have no basis in what public policy is that we do here.”

I’ve always found it especially ironic that the majority of the lawmakers, ministers, and reporters who have such a problem with a woman’s right to choose are, by and large, men. What in the hell right does a man have to tell a woman what she can do with her body?

I’m so glad to see Nancy Pelosi drop a truth bomb on this narrow-mined sack of sanctimonious dung. And I have a message for all the men out there who think they should be allowed to legislate or attempt to shame women for the decisions they make regarding their reproductive health and choices: Don’t do it. Just don’t. Sit down, shut up, and let the real experts–women–discuss the issue.

Watch Nancy Pelosi Put the Slapdown On a Reporter