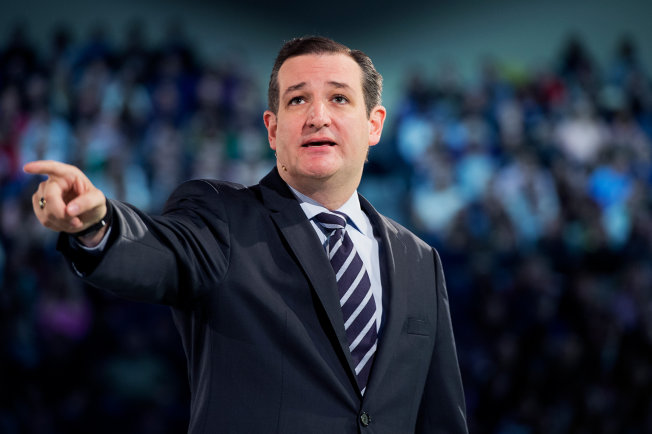 Is it possible that Texas Senator Ted Cruz gets more batshit crazy with each passing day? I ask because of what he said earlier today at the Values Voters summit.

Teddy Boy, who is not a fan of the Iran nuclear deal made by the Obama Administration, declared that he will “rip to shreds” the agreement and then added this bit of threat and thuggery:

“If the ayatollah doesn’t understand that, we may have to help introduce him to the 72 virgins.”

In Islam, the concept of 72 virgins (houri) refers to an aspect of Jannah (Paradise). This concept is grounded in Qur’anic text which describes a sensual Paradise where believing men are rewarded after death by being wed to virgins.

While he was at it, the 2016 GOP Presidential candidate added that if a jihadist tried to enter a U.S. military recruiting station when he is President, he would be greeted by the gun barrels of “a dozen Marines.”

Cruz also managed to take his usual cheap shots at President Obama, referring to the President as:

“The world’s most powerful communist.”

Then Cruz moved on to the Democratic candidates for President, saying that the Democratic debates should be held at Leavenworth prison and finishing with this flourish of hyperbolic cow manure:

“If they can project a rainbow on the White House, maybe they can put bars on the windows.”

I have to admit, I’ve almost grown immune to Ted Cruz’s rantings over the years, but today he really outdid himself. And in doing so he proved yet again why he will never be President: Because he’s a walking douchebag who does not have the temperament to be responsible for the nuclear codes. He should head on back to Texas and do something productive like photographing prairie dogs on George W. Bush’s ranch.